Even though we didn’t have lot of material things, or some of Maslow’s Hierarchy of Needs at times, we, my family, core and extended, found ways to have a good time and enjoy life.  I have a lot of siblings and we are close in age.  When it came to playing sports, we didn’t have to ask others to play with us.  We basically had enough people to form a baseball team.  There were lots of people around all the time and even people with idle time on there hands.  My mother would always say, “idle hands is the devil’s workshop.  Unfortunately, we lived in a high crime area, so there was always theft, and other felonious acts.  While people were typically hush hush when the police became involved, we had a handful of people who were known as the neighborhood “gossips”.  If one wanted to know anything about anybody’s business, one could easily gain information, and mostly accurate, from these individuals.

I recall having a neighbor who did such a heinous act that she was convicted for 20 years.  I felt like I was very close to the woman and was saddened to hear that one, she had done something so unbelievably awful and two, that she would be imprisoned for such a long time.  I remember thinking that her life was over.  Although, I was a kid- she was only 23 years old at the time.  All around, I thought this was a sad situation.  On many nights after I would go to bed, I’d here my mother’s friends stop by.  I remember thinking they can’t help themselves, because I would here them talking to my mother about this horrible situation.  It made me so upset to hear them talking about our neighbor, but I was young and didn’t feel like I could say something about either the way I felt or even asking why they felt the need to discuss this tragedy.

As I have matured and been educated on life, in general, I realized that (although a horrible cliche) things are really not always what they appear.  Even when I was surrounded by the most educated, I would hear comments about others, or felt like people were being nosy wanting to know about others and their personal information.

And I think these accurately reflect my strengths.  If you have ever taken the assessment, you know that there are over 30 different descriptors/leadership traits.  [They] categorize the domains into four Leadership Strengths (Executing, Influencing, Relationship Building and Strategic Thinking).  For anyone who knows me, it is not surprising, that 3 of my 5 strengths fall into the domain of Relationship Building.

So where am I going with this?  Well, as part of a staff activity three years ago, one of my colleagues reintroduced the StrengthsQuest assessment with a slightly different spin.  She talked about how we should be looking at the strengths that people have and using these strengths to allow individuals the space to succeed.  I went away from the half day seminar excited and open to the possibilities.  Off and on for the last few years, I’ve been putting various conversations in perspective as they relate to StrengthQuest.  I began thinking about those who I felt were “nosy” in my childhood as well as adulthood and thought, what if this was something else?  Sure there are “nosy” people in the world, but what if this was something different?  What if there was a connection between the personality traits that folks exhibited and there StrengthsQuest?  One of the domains (Strategic Thinking) that stand out to me possess at least four leadership strengths (Learner, Input, Analytical and Context).  What if the “nosiness” of these folks is related to their longing for context, input or simply wanting to learn?  I have found, over the years, that those individuals that fall into this category tend to not only long for information, but they long to share it with others.

As I mentioned earlier in this post, I know that there are folks who we categorize as “nosy.”  However, I want to challenge that idea and provide a different perspective regarding the possibility that some of these folks are merely acting on their StrengthsQuest leadership strengths.

What do you think about StrengthsQuest? 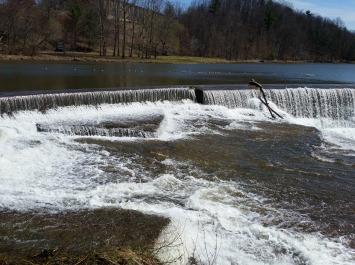 What thoughts do you have about this?

One thought on “Nosy Neighbors or StrengthsQuest Leadership Traits”

Error: Twitter did not respond. Please wait a few minutes and refresh this page.